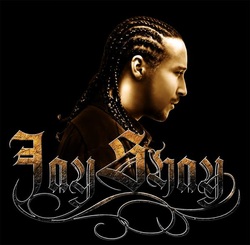 I've know Jay Shay since all this music thing really got going, I think we spoke for the first time and 2008 through Keylah. Propz to Key (Scott) for being a brother after all these years, he introduced me to not only Jay Shay but Also Rasu and Josiah, I've also talked with Concept, and Young Lions member Rev. a.k.a. Revolution of The Last Dayz Ministry. Jay Shay most recently started a rock group called "Gravity's Lie" which includes another make and a female. On a sad note, Jay Shay, as of when we last spoke is done with the 'rap game' and I don't know if it's for good or not yet! So I'm working on an interview soon, a legend like Jay Shay doesn't walk away for no reason, if you know how talented he is, they would also want to understand why. 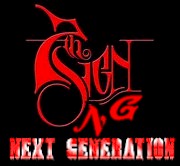 Rip and I have been working together since my first album, I actually owe the fact I know King Sandman to him! They happen to know each other, Sandman is a well known rapper I grew up Listening too in high school. But back to Rip, he was still in 7th Sign Regime when we did our first track "Too Much To Lose". We link up again 2008-09 two years later, and record for 3 new songs, one of which featuring Bizzy Bone. Expect more Rip and ThinIce Soon!